Oh No - That Steve Harvey Book Is Being Made Into A Movie!

Here's further proof of the LACK of a normative black culture that we can rely on. Act Like A Lady, Think Like A Man will be coming to a screen near you. Oh happy joy!

"As a producer you're always looking for your next big hit that can be culturally relevant while still having a commercial appeal that will lend itself to a cinematic approach. I travel a lot, and everywhere I went I would see women reading this book and telling me how they loaned it to their girlfriends, so I knew I had to get a copy. The early buzz (pre-Oprah audience) among African-American women who first embraced it confirmed what I'd hoped. It was hilarious, funny and poignant and really well done." Producer Will Packer interview.

Oh really? As if the insult of Essence magazine telling black women to look for a black man in a strip club wasn't enough. Yes, the irony that I'm using their dot com site is not lost on me. Now we have the "sage" advice of a thrice-married man who cheated on wife #2 with #3 being turned into a feature film. I "blame" Gayle King. She was the one who told Oprah to read the foolishness that landed Harvey on the show. Admittedly he was funny during the interview - but that's because he's a comedian! He's supposed to make people laugh.
The problem lies with the many women who are willing to take relationship advice from a man simply due to his gender or race without questioning motives - or common sense. As if the advice being given has more validity than that of another woman. Amongst the group of black women who are still stuck on seeking black men as partners exclusively there tends to be a lot of distrust amongst them because they're competing against each other (for crumbs). They act as if there's a shortage of men. The only shortage lies in using phenotype and shared history of oppression as the sole determining factor of compatibility and not having (m)any standards for evaluating caliber.
You're being bamboozled by others with an agenda. Which in Harvey's case is to sell books and lend himself an air of credibility amongst (unsuspecting) women. He's trying to project a packaged, do good, Christian type image in the public eye as charged in his last divorce. Meanwhile he's trying to evict his 2nd wife from their marital home and sue her for full custody of their minor child to avoid paying child support. Even worse he is ALSO being sued by author Sharon P. Carson for (allegedly) plagiarizing her title and book content which if you read is a poorly conceived hijacking of Ms. Carson's message of empowerment (ghost-written by Denene Millner). That link contains an extensive interview worth reviewing.
Check out Ms. Carson's website and watch this video if you still don't want to believe. Now titles are not subject to copyright laws but the purity of the message by the author certainly shines through when compared to the watered-down one by the comedian. In my opinion. He of course knows nothing about this book with the same title and theme that was published five years before his.
This is why it is so important to ignore the perceived images of celebrities or at least do some basic investigating behind these PR snow jobs. How many times do we as black women (and women in general) allow (black) men to take our concepts and sell them back to us as something "new"? In light of the history of Skippy Gates' support for the obscenity and denigration of 2 Live Crew and these legal actions against Harvey black women especially need to have a "come to Jesus" moment. So many of us are unprotected and easily exploited for the profit and rise in prominence of others who will use us: our bodies, our talent, our lack of boundaries for their own personal gain.
Like Tavis Smiley's "grin for the camera" fest - the State of the Black Union it's a lot of empty rhetoric. I'm still waiting for serious analysis of the underlying issues fueling many of our choices and that oft-touted "accountability" that seems to elude many. Now that Good Morning America has hired Harvey to represent them do you think parent company DISNEY is going to freely allow for unbiased reporting on the lack of value this man is for ALL women? This is why what we do by using blogging as a platform for getting a message out is so important.
******
Don't forget about my SXSW panel, "Black Female Bloggers and the Future of Media". Please vote! See the sidebar for details. 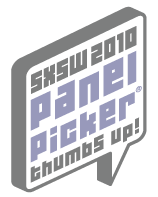 There nothing that makes more noise than something that is empty. One of the ways to judge the direction of any community is to look at who is giving "counsel". We are in deep manure. When the wise take counsel from the foolish, then the whole lot are likely to act STUPIDLY!

"They are the kind who worm their way into homes and gain control over weak-willed women, who are loaded down with sins (burdens) and are swayed by all kinds of evil desires" 2 Timothy 3:6

Bluebutterfly: That was very profound. An empty vessel makes a lot of noise....indeed. I can TOTALLY relate to the bible verse you've shared. Seeing someone else be overtaken by scheming vultures is very disconcerting to watch.

Lord have mercy. Yet another example of the deranged, "mainstream" AA consumer.

Not to mention the anti-Ms. Carson reactions on one of the blogs linked to in the post. According to the star-struck, BM-identified Black female commenters on one blog, Ms. Carson is "hating on" Steve Harvey because she believes that her work product was stolen and is seeking legal redress for that. The mind boggles.

I've already said all I have to say about this tomfoolery.

Thanks for this information. I literally got this book in the mail yesterday. I just printed the return label to send it back to Amazon. I will support the sisters book that was plagarized by Mr. Harvey. I hope justice is done to Ms. Carson. I have heard a lot of rumors about how shady Steve Harvey is, but with all his money and still chose to be a thief? SMH.

I don't take relationship advice from men that dress like pimps....


I saw that junk in Books-A-Million today...Still in the front as a best seller...Heaven Help Us!


"I've already said all I have to say about this tomfoolery."

Khadija: "deranged, mainstream AA consumers" I have to laugh because it seems as if referring to others that way would be over the top...but it's not. They're watching & enjoying Frankie & Neffie! It also didn't go unnoticed how those women were attacking Ms. Carson. I suppose sisterhood & solidarity wasn't an option over chasing down an (unavailable zero quality) male.

freethinker: Wow. Did we just have a successful intervention? Kudos to you.

CW: I saw your stream on Twitter. Thanks for linking to this article.

Indeed it's a busy time for me..But the VERY LEAST I can do is spread the word...Hitting the "Twit This" button requires little to no effort!

Lol @ Tracy. Yes, taking relationship advice from a man best known for his suits does seem like a bad idea, huh? Too bad a ridiculous amount of women don't see it that way.

I would lie and say that I cannot believe that they are turning this into a movie, but I mean. Come on. This is a society that gives a platform to women best known for being the mother of the illegitimate children of fake thug rappers and, well, Franke and Neffe.

I remember reading The Sistah's Rules by Denene Millner. I read up to her saying that the original book (which her book was a response to)wouldn't work on black men, because a bw would have to shack up or put out to a bm for him to stay. I thought to myself if I have to compromise my beliefs or self just to keep him then he isn't worth it. Plus she peaked my interest when I found out that her book was just a black version of another. I remember this was all the rage in the 90's up to the new mill. Basically just read the original. Usually the so called black remake is a crap version of the person or persons who original wrote the books concepts.

Like I said on Sarah's blog. I'm so glad I never really read that book when I was younger. I have since read it and it's insane. Glad I read the Rules first.

Cool_splash1: I'm certain that any woman who actually listens to Harvey pulling ideas out of his a** are not really interested in having meaningful relationships with men.