So Much For Freedom: Last Time I Checked Cynthia McKinney Was Still Kidnapped 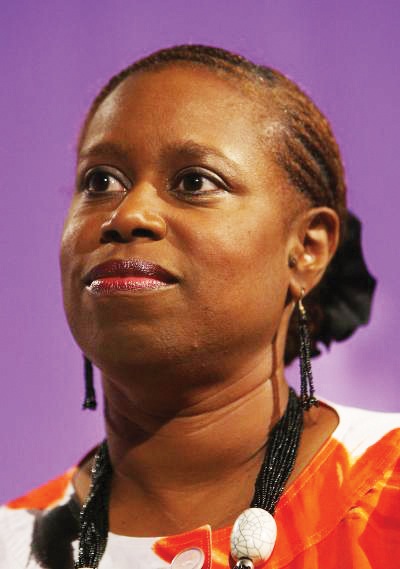 So while some of us are out celebrating and chillaxing with friends/loved ones, we have an African-American female politician being held against her will since Tuesday by a foreign government. It's our 51st State and ally Israel. If we're going to talk about the "unfairness" and "evil" of North Korea and Iran let's talk about ALL the countries that engage in "questionable" actions, not just the ones we want to demonize. Our government spends billions annually in actual cash and military weaponry which is given to Israel with practically no conditions.
This current administration has a Chief of Staff who has dual citizenship with the US and Israel. Somehow I don't think people would be so lenient about that if it was any other nation and would ask for accountability regarding loyalties.  It's a reasonable question to ask as well. It's just something to think about while more citizens find themselves out on the streets as the economy continues to slide down the hill of death.
Green Party Presidential Candidate Cynthia McKinney, along with 20 other peace activists were forcibly removed from their boat by the Israeli navy when they tried to bring medicine and other aid to the Gaza region. The last time McKinney had a run in with the Israelis in December they were still in International waters when their boat was intentionally rammed to render it inoperable. I called her "crazy" then with the utmost of respect for the risks she takes and I'm shaking my head even as I type this. If she was a man or white she'd probably be getting a lot more press. Even if it was bad press it would still be talked about. The intentional non-reporting of this by the pwned corporate media has never been so obvious!

State Department and White House officials have not effected our release or taken a strong public stance to condemn the illegal actions of the Israeli Navy of enforcing a blockade of humanitarian assistance to the Palestinians of Gaza, a blockade that has been condemned by President Obama," she said in a statement.

Just in case some will dismiss this as some half-cocked scheme continue reading:

“President Obama just told Israel to let in humanitarian and reconstruction supplies, and that’s exactly what we tried to do. We’re asking the international community to demand our release so we can resume our journey.” SF Bayview

The funny thing about words is that are worthless without actions that validate them. You can tell yourself that you think you're fabulous but have glaring unresolved emotional issues. You can say you love somebody but if you don't honor or respect them it's pretty meaningless. Condemning a blockade when you've given a country a massive allowance is like police officers who pretend to arrest drug dealers, take their cut and send them on their way. It's a wink and a nod with no real consequences.
What I find telling is a) the public silence from the Obama administration b) the lack of media coverage c) the message d) the so-called progressives who are just as much sheeple as they think everyone else is.
Aside from the political ramifications this is also a personal example many black women should consider. When you are risking life and limb for other people have some boundaries in place or an escape route because if (when) you end up in peril NOBODY WILL HELP YOU! Better yet, stop doing it.
The Israeli government has killed other American peace activists, white female activists, so how much less do you think they value the life of a black woman when we are not always valued in our own country? I commend her efforts and perhaps she feels this is her calling in life, but we have to start weighing the cost value for the things we do for others.
If you do feel compelled to take some keyboard activism check out the Free Gaza website.
You can also contact the following:
Israeli Ministry of Justice: phone +972 2646 6666 or +972 2646 6340, fax +972 2646 6357

Mark Regev in the Israeli Prime Minister’s Office: +972 5 0620 3264 or +972 2670 5354, email mark.regev@it.pmo.gov.il
Godspeed.
Update: McKinney has been released but the ongoing fight for justice continues. The other troubling aspect was the intentional blockade by the cable and local news programs at reporting this. Last December it made CNN at least. The Atlanta Journal Constitution and other local non-white oriented press covered the story. Citizen journalism is a vital means of getting information out as we see how the news we need to know about isn't and won't be reported.

Opinionated Viewpoints By Faith at Acts of Faith Blog at 1:59 PM

I don't know if I would call Cynthia McKinney a "peace activist"-she has a very shady reputation in GA as a politician and I know that she has some unsavory dealings with the Congo. Not many in GA really trust her and the feeling I get here in her home state is that people are pretty skeptical of the whole situation.

KC: You are certainly entitled to your opinion so we'll agree to disagree. I can separate issues from the individual. Her record in Congress was rather impeccable. The political climate in GA isn't pristine by any means. I take it you did not watch American Blackout. Whatever "shadiness" you may be referring to is nothing compared to stealing an election, profiteering from war, murdering innocent civilians, allowed female service members to be raped and murdered, overthrowing sovereign nations or even more simplistic acts of hiding $100K in your freezer. So the devil is in the details.

Very disheartening...I'm shocked that the media hasn't given this situation any attention.

I only heard that she had been detained because of twitter. I have yet to see any major news organization make an issue of this. I believe that you are quite right in inferring that it is because she is held by Israel and that she is black that this is not front page news.
It is time for America to start taking a hard line. Israel may not like it but the crimes that it commits against the Palestinians daily is disgusting. Imagine a people that once were housed in ghettos ruling over them now.

I think McKinney has been given a tremendously unfavorable view in GA as demonstrated in the movie American Blackout.

the ill thing is that most folks I encounter from GA don't even know who she is.

Cheron L Hall: Welcome and thanks for commenting. This is why it's going to be even more important for citizen journalists and the use of independent sources to disseminate info. People don't realize how easily they can be manipulated by media including those of us who should know better (speaking of myself here).

Renee: I know and was we see with Twitter removing Trending Topics and massively (allegedly by mistake) suspending accounts even that tool is compromised.

Borther OMi: Cyber hug! Still waiting for that shoe photo, lol!! How is that the people of a state don't know who their elected officials are (or were)? Why do I even ask that ????

You are right that even if I do not like Cynthia McKinney as a person or completely trust the situation, it still would have way more attention if she were a white he AND if the country was not Israel.