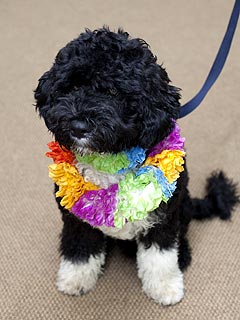 Opinionated Viewpoints By Faith at Acts of Faith Blog at 4:59 AM

About Carl Hoover: {very long sigh} I see this as yet another casualty of the non-existent Black family. And, unfortunately, he won't be the last such casualty.

Everyone's childhood has some teasing and other social torments at one time or another. The difference is that most modern AA children don't have the protective influences in their lives that help one cope with these things.

1-No corporal punishment ever. Even regarding toddlers who are too young to respond to reason.

2-Allowing children to have destructive levels of isolating "privacy". This is facilitated by allowing children to turn their bedrooms into studio apartments with their own tvs, radios, computers, etc. Children are allowed to have their own phones, so their conversations are not monitored.

In general, there's no longer any "snooping" (monitoring) of what's going on with the child's interactions or his/her life in general.

This is a stark contrast from my childhood/teenage years where the bulk of my at-home activities/interactions happened in earshot of my parents. I didn't have my own phone, I had to use the one in the kitchen. [Whispering/muttering on the phone was CERTAIN to bring a parent into the room! LOL!] I didn't have my own tv, I had to watch the one in the family room. And so on.

3-An unwillingness to anger the child by applying discipline. Which often stems from wanting to be the child's "pal" instead of their PARENT. [I was always tickled by how my mother describes our relationship: She can be "friendly," and "friend-like." But she's NOT my friend. She's my MOTHER.]
_____________

About Susan Boyle: I'm so happy you posted that. I saw the YouTube video of her performance, and I was extremely happy for her. Her amazing singing voice quickly silenced the titters and smirks from the audience and judges. I HATE that sort of condescending cruelty. Good for her.

Yeah I looked into the Hoover family and found that his mother had left an abusive relationship so he had no (good) male role model present and she'd survived cancer. On top of living in a lower income predominantly Black neighborhood. That's a LOT of stress. I guess it's a good thing you didn't see the Oprah episode of the 14 year olds! There's so much talk of how kids have matured faster and I believe that may be true for some of them. The majority though just need less privileges and more parenting.